Learning is good for you, right?  Absolutely: and new research suggests that it actually helps your brain to grow.

Recent research at the suggests the learning a new skill boosts the connections between different parts of the brain, by developing the brain’s ‘white matter’ – which contains mostly axons.

Axons are the long, slender projections of neurons. They make contact with other brain cells – usually other neurons – by sending electrical impulses to the synapses, which act as junctions between brain cells.

You might expect learning to strengthen those connections.  Until now, however, research has tended to concentrate on the grey matter of the brain: the neurons themselves.  The new work has actually seen the growth in white matter for the first time.

Jan Scholz and his colleagues work at the snappily titled Oxford Centre for Functional Magnetic Resonance Imaging of the Brain (FMRIB). They asked 24 young men and women to learn juggling, practicing for half an hour a day over six weeks.  Before and after this training period, the researchers scanned the brains of the jugglers – together with those of 24 people who didn't do any juggling. 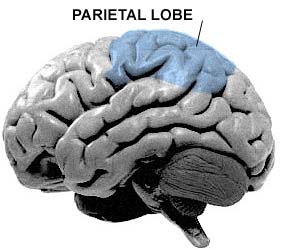 They found that, while there was no change in the non-jugglers' brains, the jugglers grew more white matter in a part of the parietal lobe - the part of the brain involved in connecting what we see with how we move. 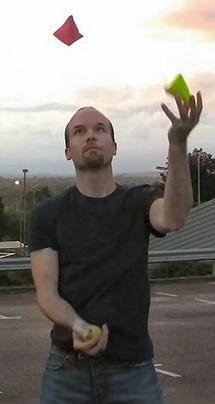 (And here is Jan expanding the white matter in his own brain...)

An even cheerier result is that the changes seem to be permanent.  When the researchers scanned the jugglers' brains again,  after four weeks without juggling, they found that the new white matter had stayed put.  What’s more, the amount of grey matter had even increased.

"It's like riding a bike," Scholz says. "Either you can juggle or you can't. It takes a lot of training to learn, but once it clicks, you don't forget it."

‘We tend to think of the brain as being static, or even beginning to degenerate, once we reach adulthood,’ says Dr Heidi Johansen-Berg of the Department of Clinical Neurology, University of Oxford, who led the work. ‘In fact we find the structure of the brain is ripe for change. We’ve shown that it is possible for the brain to condition its own wiring system to operate more efficiently.’

The brain wants to learn, it seems.

Arne May of the University Medical Centre Hamburg-Eppendorf in , who had led the previous work on juggling and grey matter, finds the findings "fascinating". "It suggests”, he said, “that learning a skill is more important than exercising what you are good at already – the brain wants to be puzzled and learn something new," he says.