Ten questions to ask if you're writing a scrutiny report #6: How do we argue and explain?

Your report will be made up of arguments and explanations.  It will read more effectively and convincingly if you argue and explain well.

Luckily, there are clear patterns of argument and explanation. They make the task of assembling our ideas much easier. 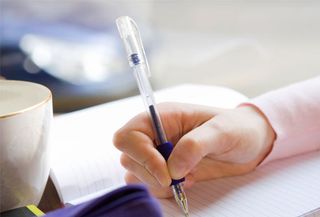 In this section, we look at these patterns.

What is an argument?

An argument is made up of three key elements.

■    Reasons to support that case

■    Logic to connect the reasons to the case

In very simple terms, the two forms of argument derive from the form of the logic connecting the reasons connect to the case.

If the reasons are more general than the case, we can say that the argument is deductive.

If the reasons are specific examples of a general case, then we can call the argument inductive.

A deductive argument works from general statements (usually called premisses) to a specific conclusion or recommendation. 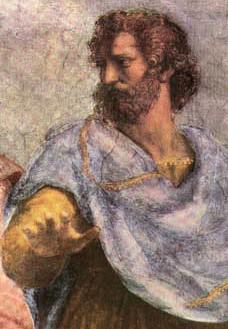 Deductive reasoning is regarded as the invention of Aristotle in 4th-century Athens.  Aristotle taught Alexander the Great, though whether he helped Alexander compose eloquent scrutiny reports as he conquered half the world is not recorded.

Here is an example of a deductive argument drawn from a scrutiny in London.

More people could survice cardiac arrest on the way to hospital if more Londoners were trained in emergency life support skills.

Every year, 12,000 Londoners die from a cardiac arrest before they reach hospital.

Therefore,we should train members of the public in the skills of dealing with cardiac arrest.

Here is the argument as it appeared in the final report.  It has been supported with one piece of highly relevant evidence and brought to life with a powerful quotation drawn from a witness.

Every year, 12,000 Londoners die from a cardiac arrest before they reach hospital. This figure could be significantly reduced if more Londoners were trained in emergency life support skills. In fact, evidence shows that someone experiencing a cardiac arrest outside hospital is twice as likely to survive if a bystander trained in emergency life support skills intervenes. Since almost three-quarters of cardiac arrests in London happen in the home, training members of the public in these skills really can make the difference between life and death.

“The importance of these skills is that bystander life support can double the chances of survival for patients who have collapsed in cardiac arrest, and extend the time available for us, as the emergency services, to reach the patient and get a successful outcome.”

An inductive argument works from specific statements (usually based on observation or research) to a general conclusion or recommendation. 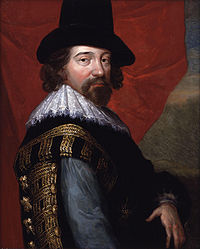 Here is an example of an inductive argument drawn from a scrutiny about neo-natal health services.

1.   If services shared information better, health visitors would always know when mums were being discharged.

2.   If neo-natal units worked better with maternity services, in-utero transfers would be easier to manage.

And here is the argument as it appeared in the report.

Neonatal Care Services must be effectively coordinated with maternity services and health visitor services to ensure that mothers and babies receive a seamless, high quality service.  If the different services involved had clear and effective protocols on sharing information about mother and baby’s health and support needs, health visitors would always be informed when mothers are being discharged.  If neonatal units worked closely with maternity services to review and plan capacity, in-utero transfers would be easier to manage: currently, because of the lack of coordination, expectant mothers whose babies will probably need neonatal care when born can find it hard to find both facilities at the same hospital.

Explanation tells us about something in more detail.  We can structure explanation broadly in six different ways.

Here is a brief example of each type of explanation, drawn from scrutiny reports. (Some names and other details have been altered.)

Journey times for passengers are just about keeping to expected levels. The Metropolitan, East London, Northern and Piccadilly all report additional excess journey time averages. The Bakerloo, Victoria and District Lines showed the most marked improvement during the Christmas period.

Playing fields may be owned by private or public landholders. Private owners include companies, banks, sports clubs, developers, or individual land owners not necessarily associated with any commercial enterprise. Public owners include local authorities, schools, colleges or other public sector bodies such as the Civil Service or National Health Service.

The breakdown in communications within the Littleford Ambulance service had an impact on the service’s ability effectively to deploy the necessary vehicles, personnel, equipment and supplies to accidents.  Accident victims told us repeatedly of their surprise at the apparent lack of ambulances at the scenes, even an hour or more after the accident.

The proposed timetable is as follows:

ROI for tourism is the amount of additional visitor expenditure that campaigns generate compared with the amount of public money invested in these campaigns.  The calculation of additional spend is based on an estimate from survey questionnaires on the number of nights spent in Littleford as a result of a campaign. Visitor expenditure is calculated by applying this to the International Passenger Survey data on average spend per day per visitor.

Don’t mix up types of writing.

Be clear what kind of writing you are doing in each section and each paragraph.  Trying to write in more than one way in the same section or paragraph will result in confusion.

In the next posting, I'll ask: How do we build paragraphs?

If you like what you see here, you might like to contact me to discuss working with you.  I am currently working with one of the scrutiny team of a major local assembly in the UK.  I run training courses, and coach individual writers.  I can even give you some feedback on the reports your team is producing, if you want nothing more.  Go to my website to take a look at a sample training programme.