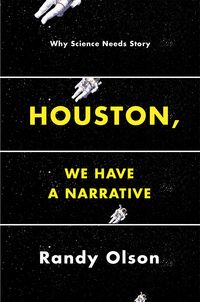 Houston, We Have a Narrative:

Scientists urgently need to use narrative well, and Randy Olson has developed a set of tools to help them.  But the tools can easily become empty formulae, so Olson offers a strategy to help scientists develop an enhanced understanding of narrative: what he calls ‘narrative intuition’. 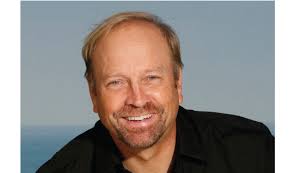 That summary of Olson’s new book a model he calls ‘ABT’: and, but, therefore.  Olson borrowed it from Trey Parker, one of the writers on South Park. Hollywood, claims Olson, is the place to go for such models.

(He gives short shrift to humanities departments, who are so busy ideologising that they wouldn't know a narrative if it...  Olson is not polite about humanities academics.)

Olson has developed this material in the years since publishing Don’t Be Such a Scientist.  That book offered five key principles of good science communication (I discuss them here); this one develops practical, useable techniques.

Why does science need narrative so badly?  Partly, says Olson, because scientists tend to communicate by offering “piles of facts”.  Partly because science is signally failing to engage a non-scientific audience.  (He is especially good on the conundrum of communicating climate change.)  And partly because a lack of narrative awareness is damaging science itself.  Journals are increasingly publishing research that’s ‘significant’ rather than sound: according to scientists Olson has spoken to, many papers in Science and Nature are overstated in their conclusions.  “Most of the claimed statistically significant effects in traditional medical research,” claims John Ioannidis of Stanford, “are false positives or substantially exaggerated.”  (Olson noticeably avoids discussing the role of Big Pharma in all this.)

The other reason scientists need to understand narrative is that they’re so hostile to it.  This storyphobia, Olson suggests, is the result of a profound misunderstanding of the terms narrative, story and storytelling.  He quotes Yarden Katz, in a paper called Against Storytelling of Scientific Results: “Great storytellers embellish and conceal information to evoke a response in their audience.”

Not so, says Olson: Katz and other scientists are confusing content with form.  True, stories can deceive, fabricate and exaggerate; but they can also be “accurate, honest, true and reliable”.  Storytelling itself is as value free as E=mc2.

“The bottom line,” asserts Olson, “is that I fail to see anyone taking [a] critical approach to these terms.”

So, in this book, he sets out to do just that.

He defines a story as “a series of events that happen along the way in the search for a solution to a problem.”  Given this definition, Olson can link narrative to both explanation and argumentation.  He claims, for example, that the IMRAD structure of experimental papers – Introduction (I), Methods, Results And Discussion – “is the structure of a story, which has a beginning (I), middle (M & R), and end (D).” 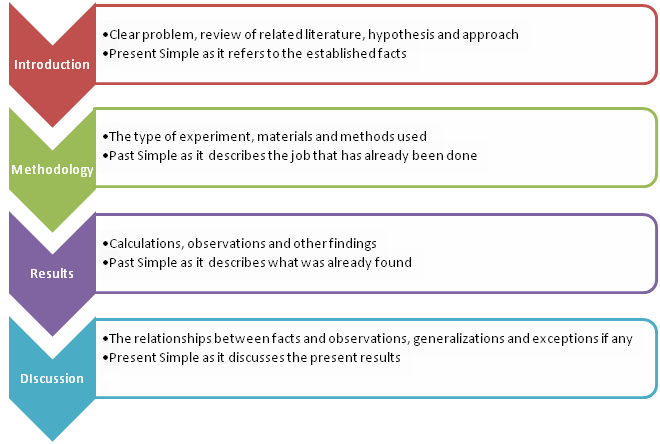 Sleight of hand?  IMRAD is surely an explanatory structure, designed to help other scientists replicate an experiment.  My own experience of working with scientists suggests that they tend to offer, not "piles of facts", but over-elaborate explanations.  Our task as science communicators is surely not just to find the core narrative, but to help scientists explain better. 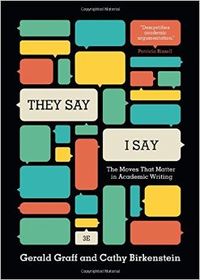 Olson goes further.  He compares ABT to the argumentation structure offered by Gerald Graff and Cathy Birkenstein in their book They Say, I Say (present what your opponents say, then what you have to say, before reconciling the two).  The two structures are the same! What’s more, they share that structure with the Hegelian Triad (thesis, antithesis, synthesis).  Narrative encompasses, not just explanation, but argument as well.

Little wonder that Olson can claim, “in science, narrative is everywhere.”

Heady stuff.  And perhaps he’s on to something.  Maybe the rhetoric of explanation and argumentation really is founded, at some deep, intuitive level, on narrative.  Maybe narrative itself instances an even deeper, musical structure of statement, tension and 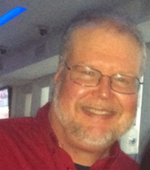 release: a structure that finds expression in IV-V-I chord progressions, in sonata form and the twelve-bar blues.

(Marcus Webb spoke illuminatingly on this theme at a recent conference.)

It’s a pattern humans can’t resist: arouse, withhold, fulfil.  Maybe, if we can tap into that deeper structure, we can make our explanations and arguments more compelling.  And maybe this is useful, not just for scientists, but for anyone who wants to engage audiences in important issues.

To help us on our quest, Olson offers three tools, on three levels: word, sentence, paragraph.

ABT is the shaping tool at the sentence level.  And, but, therefore sits at the heart of his method because it embodies the narrative structure in a single, tripartite statement - and, probably, because Olson has found it the most practically useful of his techniques.  The model  bears a striking resemblance to Barbara Minto’s ‘situation, complication, question, response’ structure (which I use, substituting ‘problem’ for ‘complication’ to create SPQR as a Roman-themed mnemonic).  It also closely resembles the Freytag Triangle, although Olson doesn’t say so.

ABT, says Olson, can rescue scientists from the structures they so often use: AAA (And, And, And) and DHY (Despite, However, Yet).   ABT informs the elevator pitch.   ABT, in short, “is the age-old structure of logic that works best for the masses.”

At the word level, Olson offers us the Dobzhansky Template.  Named after a notable Russian geneticist, this template helps us in our initial efforts to “find the narrative on a given topic”.  Which sounds very like Aristotle's "discovering the best available means of persuasion;" this template brings us close to invention, one of the five canons of classical rhetoric.

Fill in the blanks.

The Dobzhansky Template gives your presentation a single focus.  It helps you stay on message when talking to the media.  It even helps you write grant proposals.

But this isn't quite invention proper.  The template focuses on a subject, rather than a topic.  The practical question for the science communicator is: how does subject [b] make sense of subject [a]?  Invention would suggest topics to answer that question: patterns of explanation, like comparision, cause and effect, categorisation...  patterns which simplify complexity.  None of this is quite narrative; but then, I've noticed that some patterns of explanation compel attention more than others - perhaps because they arouse, withhold and fulfil in a kind of narrative way.

I'll try the Dobzhansky Template.  And I'll let you know how I get on.

At the paragraph level, Olson offers us the Hero’s Journey, as defined by Joseph Campbell and made famous by George Lucas.  Olson, wisely, tells us to treat this one with care. 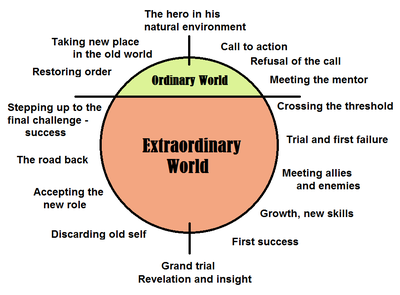 All three  of these tools can become empty formulae, but none more so than the Hero’s Journey.  Check out the hundreds of books on movie writing that rely on it, and the resulting proliferation of identikit movies, “as if,” to quote Peter Suderman, “a mad scientist has discovered a secret process for making a perfect, or at least perfectly conventional, summer blockbuster.”  (An ironically apposite image, linking Hollywood to science in just the way Olson doesn’t want.)   Scientists can go to Hollywood for technical help with narrative, but they must resist “bending the science to tell a better story.”

(Olson recommends a good TED talk by Matthew Winkler on the Hero's Journey.  Find it here.)

Olson’s wisdom consists in precisely this: understanding that we should use his models perceptually rather than mechanically.  They help us see the structures inherent in our material, but we should resist imposing them unthinkingly.  The Hero’s Journey – that most seductive model of all – works best as an analytical tool, not a creative one.  “If you get to know it well,” he writes, “you’ll end up spotting the elements, by themselves, in real world situations.”

And, when you do start to spot those elements, you’ll develop narrative intuition: “the ability not just to know the basic rules of narrative but to have absorbed and assimilated them so thoroughly you can actually sense them.” 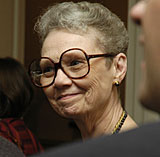 This book, like all Olson’s work, will benefit presenters of all kinds – not just scientists.  He mentions Nicholas Kristof, for instance, who dares to suggest that NGOs should embrace the dark arts of marketing to get inside people's brains.  And John Yorke, whose book Into the Woods delves into the fractal nature of stories.  And Karlyn Campbell, who writes in her book, The Rhetorical Act:

"Truths cannot walk on their own legs.  they must be carried by people to other people.  they must be explained, defended and spread through language, argument and appeal."

"This is a source of irritation for many scientists," claims Olson, "but it's the real world."  Hear, hear.

And there's more: hints and tips, examples and case studies, drawn from his own practical experience as a trainer, from real scientific papers and elsewhere. You’ll find yourself scurrying off to all the other books he’s read, and the TED talks he’s watched (and given).

Olson is on to something.  I think he understands that narrative has some irreducible core of mystery; it can't ever quite succumb to rational analysis.  When it works, something magical happens.  That magic is what we rhetoricians are hunting for.  Olson's book will help us.  I for one will be using his ideas in my own quest, not least in my work with scientists.

I help scientists develop their communication skills, including - well, yes - their narrative intuition.  Find out about my work with the British Science Association here.  Contact me if you'd like to discuss training or coaching in science communication.