Home Archives Profile Subscribe
How to submit a proposal for a scicomm presentation
At the cutting edge: the British Science Festival Award Lectures, 2019 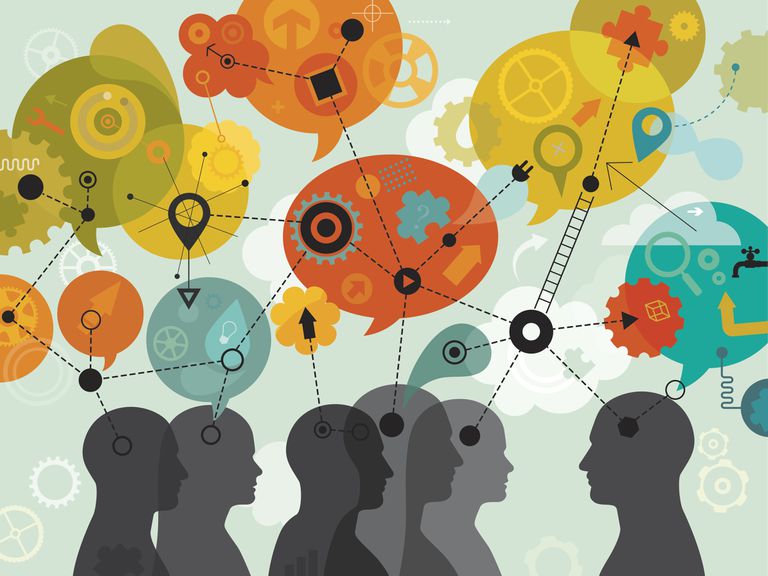 We understand information by pattern-matching. If you can organise information into a simple pattern that your audience or reader can recognise, they'll be better prepared to understand it.

For instance, we can explain in six different ways. I have no idea who first created this list of patterns, but my hunch is that it appeared at some point in the early nineteenth century. The list varies slightly from textbook to textbook; this is the version I've found most useful over the years.

Get to know these patterns. They'll help you explain anything more clearly.

Explanation by example, probably the simplest pattern, creates a list. Examples can help make an idea concrete by creating a mental image.

Journey times for passengers are just about keeping to expected levels on all Tube lines. The Metropolitan, East London, Northern and Piccadilly all report additional excess journey time averages. The Bakerloo, Victoria and District Lines showed the most marked improvement during the Christmas period.

Signal words for explanation by example include:

Give each category a clear name.  Sub-categories will come under larger categories with more general names.

Put things, people, places, into categories based on their similarities. Alternatively, you could take one thing, person, place and divide it into its components.

Explain how you have created your categories. Include the rule or principle used to classify items into groups. Use examples, details, and data to help readers distinguish between categories.

Playing fields may be owned by private or public landholders. Private owners include companies, banks, sports clubs, developers, or individual land owners not necessarily associated with any commercial enterprise. Public owners include local authorities, schools, colleges or other public sector bodies such as the Civil Service or National Health Service.

Signal words and phrases or categorising include:

Categorising could be represented graphically by a pie chart. 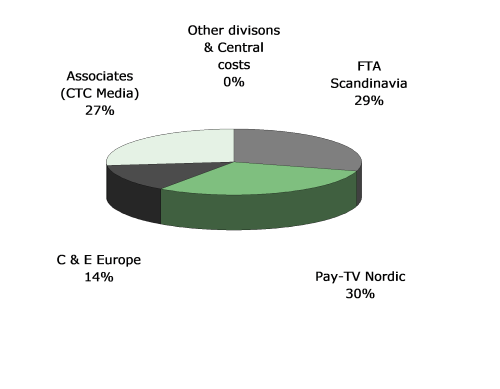 A definition identifies something uniquely: an object, a procedure, a term or a concept.  There are three types of definition.

ROI for tourism is the amount of additional visitor expenditure that campaigns generate compared with the amount of public money invested in these campaigns.

Explore a subject’s meaning fully. Differences within the definition are fine if they exist within the established boundaries.

Draw clear boundaries around the defined subject to avoid confusion with other subjects. Use examples, details, and anecdotes to strengthen your definition.

Signal words and phrases  for definition include:

I haven't ever found a good visual or graphic representation of definition. A Venn diagram might be helpful. On the other hand: 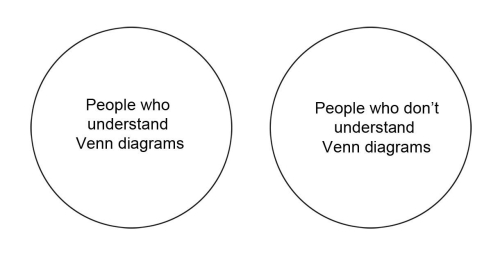 Comparisons display the similarities between things; contrasts show the differences.  You can use them separately, or together: comparison before contrast.

The variance in availability of playing fields between inner and outer London is marked. In theory, there are 227 playing fields available to residents in inner London boroughs, as opposed to 1,202 available to residents in outer London.   We discuss availability in theoretical terms because availability does not necessarily equate to accessibility. There are issues around access for local people, who may find themselves deprived of access for a variety of reasons.

The items under consideration must be comparable.  You would not compare the costs of freight haulage by rail in the UK to container haulage to Australia by ship. Establish the criteria by which you are comparing and contrasting.  Have as many as possible: cost, convenience, prestige, size, security, safety and so on. Rank the criteria in priority order.  This might be a controversial exercise, but unless the criteria are weighted you will not be able to contract them effectively.

State a clear purpose regarding why the subjects are being compared or contrasted at the beginning of the paper. Explaining the differences between summer and winter, however well written or spoken, must also be interesting.

Share enough features to make a comparison valuable. Choose a narrow enough basis for comparing or contrasting, so that all major similarities and differences can be covered.

Signal words and phrases for comparison and contrast include:

Comparison and contrast can be presented graphically as a table. 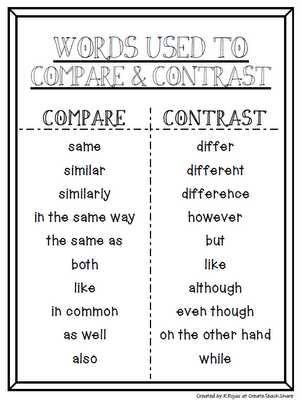 Cause and effect explains why something happened.

The difficulty, of course, is in deciding which is cause and which is effect! A cause is so often the effect of another cause, which may be harder to determine or control.  Look for the immediate cause; the underlying cause; and the ultimate cause.  Your analysis will be circumscribed by the areas of responsibility involved.

The breakdown in communications within the London Ambulance service had an impact on the service’s ability effectively to deploy the necessary vehicles, personnel, equipment and supplies to the incidents.  Survivors told us repeatedly of their surprise at the apparent lack of ambulances at the scenes, even an hour or more after the explosions.

Cause and effect is a technique fraught with danger.  Determine which type of cause you are searching for: immediate, underlying or ultimate.  What is your purpose in identifying these causes?  Be open-minded.  Try not to rush to conclusions or to allocate blame 'politically'.  Be as logical as you can.  Eliminate coincidence.  Take all factors into account.  Is there more than one cause?  Are there other effects that you have not considered?  Trace all the links.  Go as far back as necessary (or as is expedient!) to the ultimate cause.

The robust advertising growth will be largely driven by demand from both local and multinational advertisers, buoyed by deregulation and relatively stable economic conditions.

Signal words for cause and effect explanation include:

Cause and effect can be represented graphically by a fishbone or Ishikawa diagram. This is also a useful tool for establishing causes of a problem. 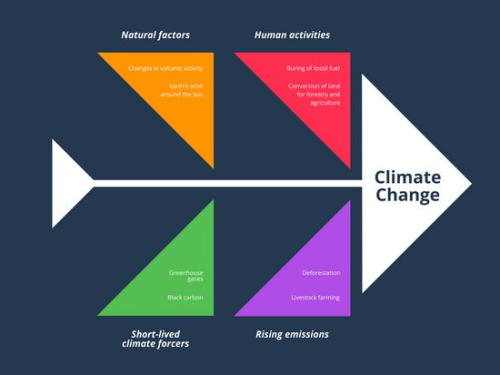 A process pattern lists all the steps necessary to carry out an operation.  It may take the form of a set of instructions (like a recipe), a quality procedure or a technical specification report.  It proceeds step by step.  The steps must occur in a particular order: if the order is wrong, the operation will fail.

The proposed timetable is as follows:

Scoping brief to Chair on 7 April;

Project Initiation meeting at 10am on 11 April;

Scoping brief to Members on 12 April;

Written evidence received by 26 May;

Evidence analysed and briefing paper prepared for Members by 5 July;

Process analysis usually tells the reader about a process or how to do it.

Signal words and phrases for chronological or process explanation include:

Chronological explanation could be presented graphically as a timetable - 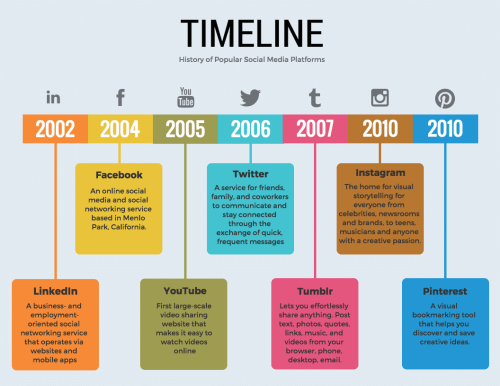 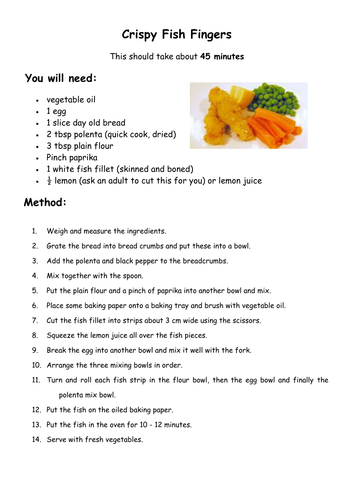 Note that the list of ingredients here is explanation by example. The method is organised as a process. The distinction between the two is made even clearer by the use of bullets for the list of examples, and of numbers for the process.

Notice also that lists of instructions are not necessarily in process order. 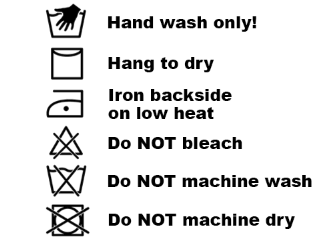 (And please do not try to iron your backside, even on a low heat.)

I run training courses on effective writing email and letter writing, report writing and grammar. Contact me to find out more.

Very useful for anyone who writes speeches or presentation scripts and wants to clearly explain concepts to the audience. I will refer to this post often.