There are, broadly, two types of speechwriting book. There are manuals offering a systematic method, the most celebrated of which, currently, is probably Richard Lehrman’s The Political Speechwriter’s Companion. And there are the memoirs of speechwriters, most of them, according to Lucinda Holdforth in her new book, “laments over totally failed speechwriting relationships.”

Leading Lines sits – quite comfortably, in fact – between these two camps. Dr Holdforth herself is no failure: she’s worked at the highest political and corporate levels in her native Australia. She knows whereof she speaks.

And she’s produced a real page-turner.

Leadership, she says, is changing.

“During my own long career I have witnessed the emergence of new, non-elected leaders with tremendous overt or hidden politician influence, for better or worse. The most significant of these have been corporate leaders.”

She cites, too, the rise of advocacy groups, charitable organisations, and “new leaders … from previously untapped and sometimes unlikely sources”, all of whom need to speak well. In fact, she’s said elsewhere,

“when any individual gives a speech, they become a leader. They have the precious opportunity to lead their listeners to a new attitude or understanding or insight.”

To reverse the logic: giving a speech inevitably makes a leader of the speaker.

Politicians usually have an implicit understanding of the need to harness the power of rhetoric. But “words do not have the same automatic positive connotations for corporate types,” writes Dr Holdforth. CEOs tend to see communication as “an unpleasant addition to their job, rather than central to its execution.” But, she says, “if you want to lead, you have to persuade. If you want to persuade, then you will need to give speeches.” You may need a speechwriter to help you. Leading Lines is aimed at both speechwriters and speechmakers (though, in truth, I wonder how many will find it).

Speeches themselves are increasingly taking on a life beyond the podium. They’re now broadcast through a host of channels; indeed, “this wide dissemination is one reason why a great speech is such a valuable investment: it becomes a driving and unifying communication tool.”

In this wider environment, they become subject to new pressures and constraints. Dr Holdforth goes as far as to say – echoing Mark Thompson in his book Enough Said – that “political correctness has been a disaster for plain speaking and public discourse.” She notes an increasing scepticism among audiences:

“Anyone who takes on a traditional leadership role in the modern world comes up against a wall of cynicism – legitimate cynicism.”

As she sees it, the way to deal with both challenges – the well-meaning but baroque obfuscations, and the jeering hostility that they so often provoke – is to focus on argument. 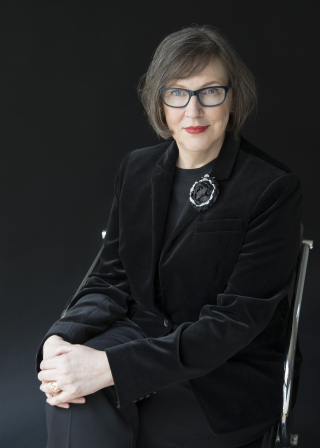 Finding the argument is at the heart of her strategy when working with a speaker. Many of her business clients give her what they see as a speech structure; she recognises it as “a record of their thinking process, culminating in the main message. The task of the speechwriter is to flip the order, and make sure the main message is up the front and structures the entire speech.”

“A leader’s speech works best as the resolve product of thinking, not a record of the thinking process. The voice of reason has an integrity and a sense of resolution… Speechwriting is no a transcription services, but a creation service. The words don’t just reflect an idea; very often, they also shape and crystallise it.”

Here is a rhetorician boldly reasserting the centrality of what Cicero called invention in rhetorical practice. “This clarity of writing,” she says, “is about more than just a modern and mobile style. It is a form of ethics.” Rhetoric without argument is facile and trivial. But we who value rhetoric, she says, must not succumb to despair in the face of Etonian classical allusions or incoherent ranting.

“The answer to rhetoric that we don’t like … is … not less rhetoric, it’s more and better rhetoric.”

And what makes it better is a focus on argument. Everything in a speech – the speaker’s authority, the stories they tell, the emotions they conjure – everything derives from their core argument.

Dr Holdforth invokes Barbara Minto: she of the famous Pyramid Principle, born of McKinsey and now ubiquitous in the corporate universe, if still rarely followed. Too many corporate communications managers, for instance, supply speechwriters with lists of bullet points described as the ‘outline’ of a speech. “Joining the dots,” writes Dr Holdforth, “just creates a list of ideas, not an argument.”

A leader’s argument must also address the beliefs and values underlying their audience’s cynicism. “Any thorough argument,” she writes, “must increasingly go back to basics and question the underlying assumptions” – and she invokes Stephen Toulmin’s warrant-based model of argumentation to support her thesis.

Leaders, of course, must also tell stories. Dr Holdforth sees that stories supply our deep need for meaning, so any story that the leader tells must knit with a robust argument to supply that meaning.  She points out, strikingly, that the argument will often itself supply the emotion that lifts a speech. “Clients tell me they want their speech to have stories with passion,” she writes, “as if passion were an ornament that you could paste on any old speech draft, rather than the intellectual energy driving and shaping it.”

She’s particularly good on ceremonial speeches. “Many of us,” she writes, “live in a lonely and godless world, and we hunger for ceremonies that lend significance to our days.” But, in fact, “few occasions reveal deep, underlying divisions and discord more than a ceremonial event.” The job of a ceremonial speech, then, is not so much to generate energy as to channel the energy already in the room: “to tap into that energy and reflect it back to the audience.” The speaker should remind us “why we love each other despite our flaws, and stick together despite our differences.” The speech, she says, “becomes a form of communion.”

So, in this new book, Lucinda Holdforth supplies a rich mix of method and experience. Where Lehrman’s book is like taking a training course, Leading Lines is like an apprenticeship. If you’re a professional speechwriter, buy two copies: one for yourself and one for your speaker. (Bookmark the opening of Chapter 4 for their attention.)

Keep it close at hand; you’ll find yourself coming back to it. Leading Lines is a book that just keeps giving.